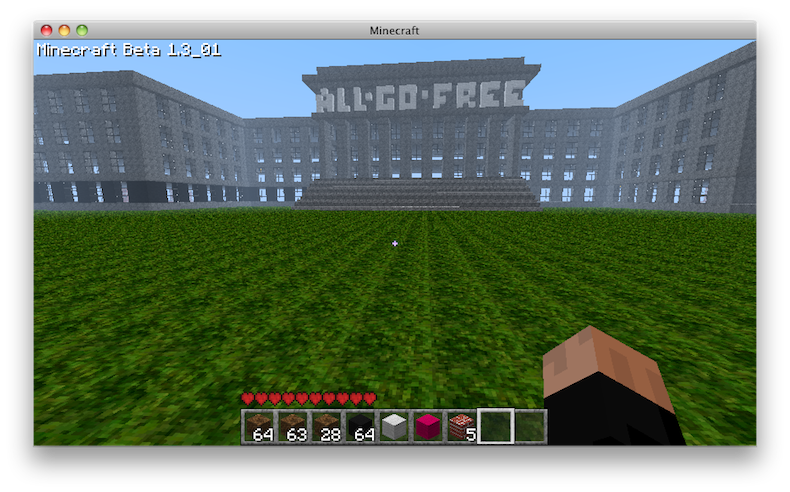 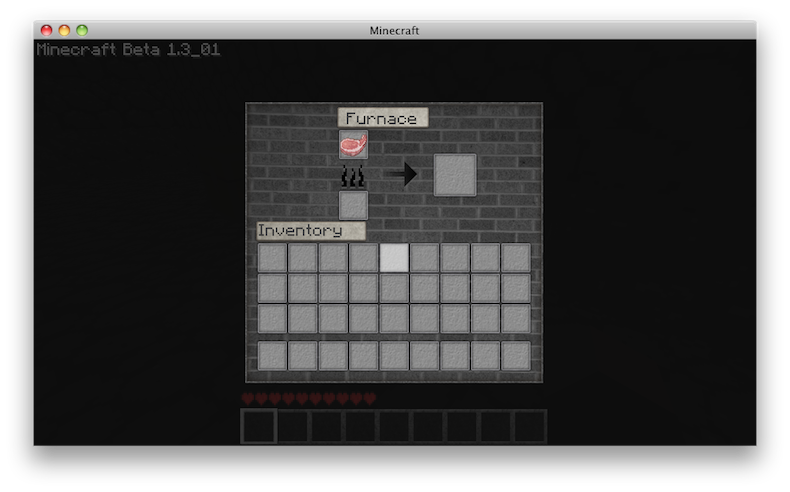 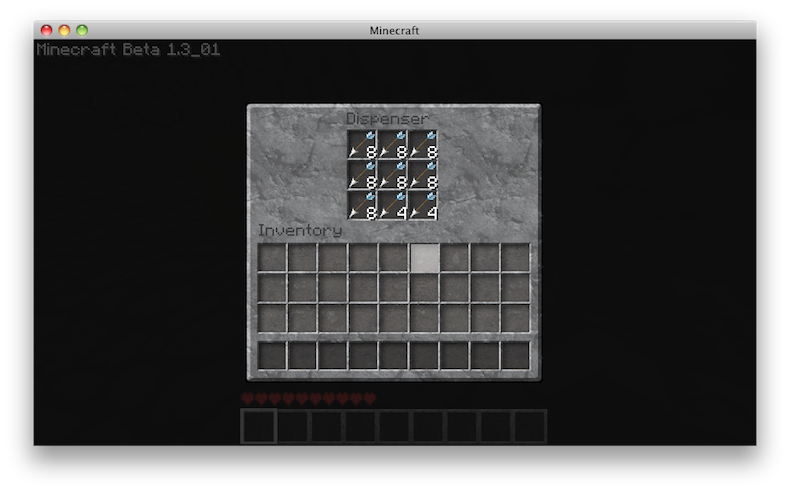 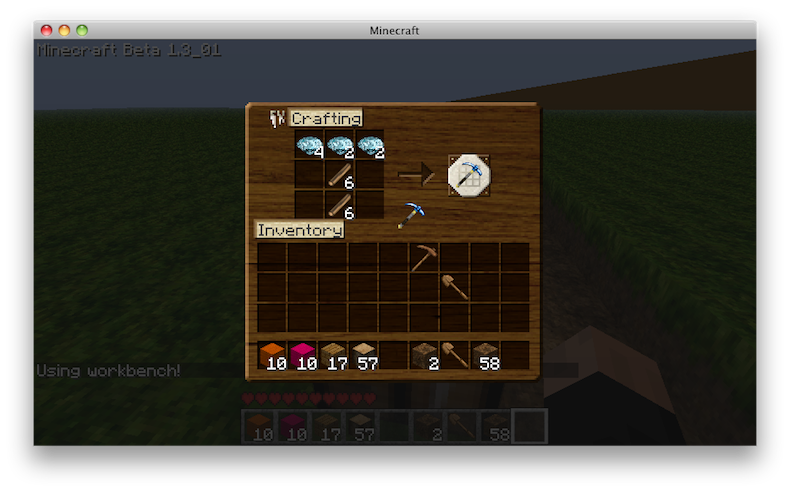 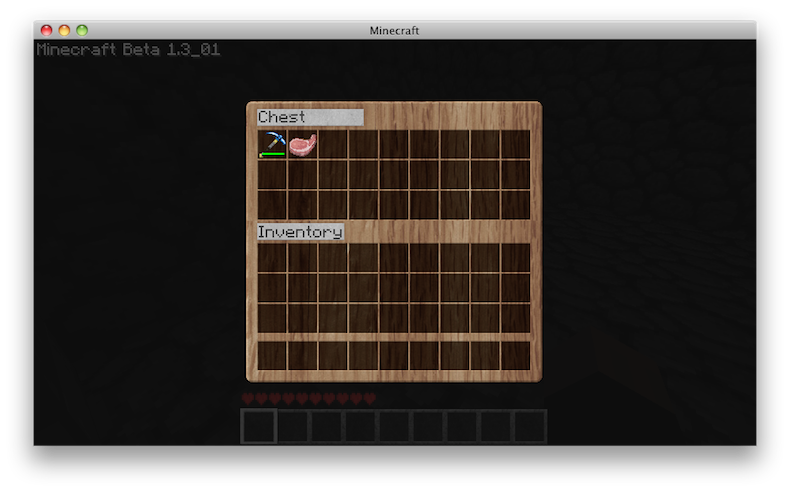 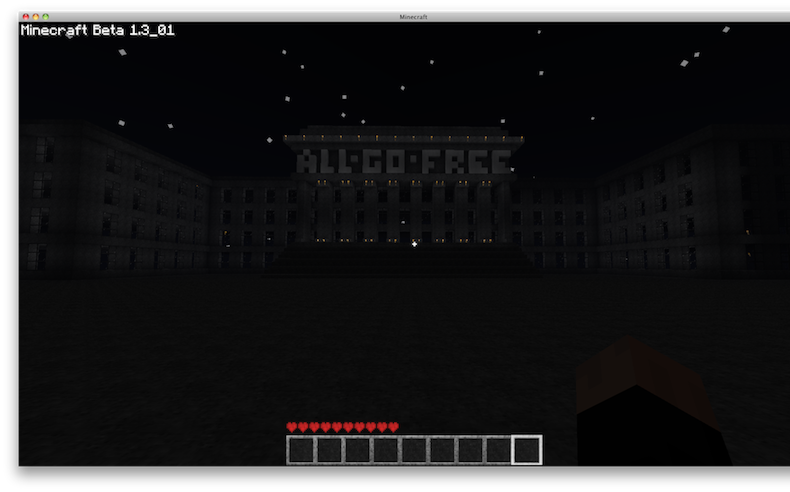 Backstory
The Minecraft server is a project that I started mainly out of frustration with the vanilla Minecraft server provided by Mojang at the time. It used tons and tons of memory and processing power on the server, crashed constantly, and also did not support the players going to the Nether, which is an alternate dimension in the game.

One of my co-workers and friends on Skype jokingly said that I could make a better Minecraft server, and out of curiosity I tried seeing if I could, and I did! I used the Blitz Engine (mentioned on another project page) and made it implement the protocol that Minecraft used to talk to the real server. I then added basic world generation of grass, level saving, items, block placement and destorying, and so on. I also had it support multiple worlds loaded at once from the very beginning, which was something that no one else had at the time.

The server hasn’t been updated in a very long time and only works with the old Minecraft Beta clients, but it was a very fun experience and maybe someday I will update it and use it as a creative server for the current version of Minecraft!